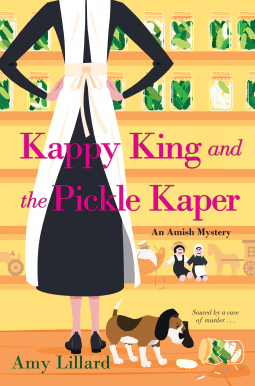 Need a funny and relaxing read, try the 2nd Amish mystery about pickles. Nappy and Edie are on their way to pick up her brother. The drive is stalled by a yellow buggy overturn with white pickles scatter about the area. Pickles are everywhere as the driver was on his way to deliver an order of pickles. The driver Sally June Esh is killed in what like and hit and run accident. But wait could it be murder? If so, who was the intended victim? Edie received a text message saying it was deliberate as he saw a black car drive directly for the buggy. Nappy and Edie decide to explore the matter instead of turning the phone over to the police. There are romances beginning for both girls. Nappy is slowly beginning to leave her home. Edie is staying for her brother Jimmy who loves animals…