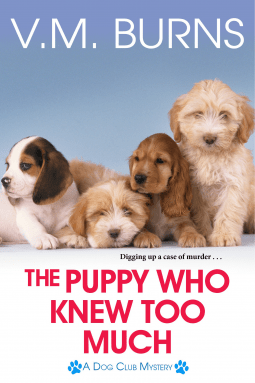 The second book in this The Dog series is as good as the first one. Lilly Echosby has moved to Chattanooga, Tennessee. She is training Abbie in obedience. and working as an accountant at a local museum. She rented a house in a subdivision where she meets a crabby neighbor. On a walk, Abbie finds a dead body in the woods nearby. Her daughter, Stephanie is visiting her to aid her moving into her new home. The first night she finds a golden retriever under porch who is badly hurt. Her boyfriend Joe, a K-9 handler is worried about Stephanie and has joined Lilly and her daughter in Tennessee. The characters are fully developed and have attractive traits even the dogs. Joe has to return to work asked friend to watch over the house and residents. The house is ransacked and the body of the crabby is found. The…