A Letter from Susan Holloway Scott

Many thanks for your interest in my new historical novel, I, Eliza Hamilton.

Elizabeth Schuyler Hamilton (1757-1854) was the wife of Alexander Hamilton (c1755-1804), a Revolutionary War hero, statesman, politician, and abolitionist, the first Secretary of the Treasury, a signer and promoter of the Constitution, the founder of the American financial system, and, perhaps most famously for posterity, the only Founding Father killed in a duel.

You might also have heard that he inspired a certain Broadway musical that carries his name.

Like so many women of the past, Eliza’s story has been overshadowed by her brilliant husband. She didn’t help her place in posterity by destroying (or asking her son to destroy) most of her own letters and virtually eliminating her voice. As a result, she’s too often been dismissed by historians, who variously describe her as shy and reclusive, a homebody, or a saint.

But the real Eliza’s still there: in the letters of others who knew her, in diaries, in portraits, in memoirs, and most of all, in the achingly beautiful love letters her husband wrote to her over the years of their courtship and marriage. She was a mother, daughter, sister, and wife. She was intelligent and resourceful and strong, a woman who lived in the thick of some of the most turbulent and exciting times in American history. Her marriage was filled with love and passion, regard and devotion, but also marred by public scandal and unimaginable tragedies that broke her heart, but not her spirit. I’m honored to tell her story. END_OF_DOCUMENT_TOKEN_TO_BE_REPLACED

The following is a guest blog from THE GIRL WHO WAS TAKEN author, Charlie Donlea.

The Making of a Medical Examiner By Dr. Livia Cutty

The summer after my sister graduated high school, just as she was preparing to head off to college, she disappeared. She and another girl, actually. They both vanished from a beach party in our small North Carolina town. Their abduction sent Emerson Bay into a panic.

Every resident, neighbor and friend looked for these two girls, large packs of volunteers walking shoulder-to-shoulder through the woods hoping to stumble across any clue that might help located them. We held vigils, too, lighting candles late into the summer night in some strange show of faith that our girls would be returned to us.

This went on for two weeks, just long enough for me to secretly lose hope. And then Megan McDonald, the other girl who was taken along with my sister, resurfaced. She had escaped from a bunker hidden deep in the woods, ramrodding her way through the forest on a dark, rainy night until someone spotted her wandering on Highway 57.

My sister? She was never seen again. END_OF_DOCUMENT_TOKEN_TO_BE_REPLACED

You’re a male author whose novel has at its center two strong female characters.  Did you find it difficult to write from the female perspective?

Initially, it was a challenge.  But there comes a point in the writing process where your characters are no longer these entities you created.  They become people in your life, or at least your mind.  They develop traits you never imagined they’d have when you first invented them, and they take on a life of their own. Then, it’s more about how they react to the story they are part of and less about me making decisions for them.  This is what makes them authentic.  And if the character becomes real enough, the reader will connect with them.

How do you create suspense within your writing?

It’s important to have astute and honest first readers when you’re creating a story that contains plot twists.  The best way to learn the art of suspense is to read novels from the author’s point of view, and write stories from the reader’s point of view.  Then have first readers who will tell you what works within the story and what doesn’t.  The first draft of SUMMIT LAKE failed so horribly to fool my wife that I was embarrassed by how little credit I initially gave readers of this genre.  Suspense readers are careful readers who look for clues and will anticipate plot twists unless they are carefully constructed.  My wife and my sister helped me see more clearly form the reader’s point of view, and understand what the readers would likely be thinking during critical plot twists.  This collaboration is at the heart of the suspense in my work.

Can you name any books or authors who have influenced you?

Many, but Robert Ludlum will always be the author I credit for planting in my head the desire to write.  He was the first author I read for pleasure and not by assignment.

Writing is like any sport or hobby.  To improve at it, you have to learn from people who do it better than you.  To become a better writer, you need to read authors who are better than you.  You need to read books and say, “Wow, this is so much better than what I’m capable of producing.”  These authors and their books will make you a better writer.  For me, a few of those authors are Robert Ludlum, Dennis Lehane, Gillian Flynn and the great Nelson DeMille.  It’s actually a very long list. END_OF_DOCUMENT_TOKEN_TO_BE_REPLACED

Is your book club looking for their next great read?

END_OF_DOCUMENT_TOKEN_TO_BE_REPLACED 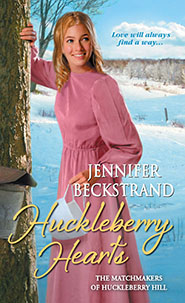 END_OF_DOCUMENT_TOKEN_TO_BE_REPLACED

Download our Nook Reading App now to get the eBook that started it all for free.